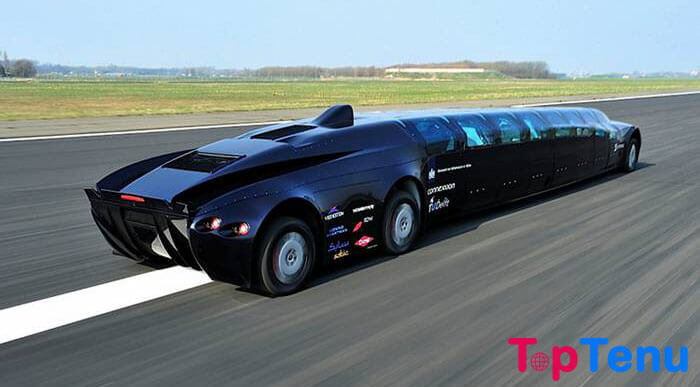 Let’s start with a tree moving machine. It’s a type of vehicle that any city might use. It makes it really easy to move trees from one place to another.

Imagine doing it manually. How many people would have to work hard to move one single big tree from place to place? And this car can really move fully grown, massive trees without trouble.

Look at its massive blades! It looks really staggering! These cars are quite popular and are widely used in the EU and North America.

This is none other than M60A1 AVLB. It’s an armored vehicle and it is based on the M60 Patton main battle tanks hull. Basically, it’s a portable bridge. A very useful kind of thing, really.

The bridge is 62 feet long and it can stand as much as 70 tons. Just imagine how much easier it is to just unfold the bridge instead of building one on the spot.

The cost of this monster is 750 000 dollars. It requires two people to operate this vehicle. It runs on diesel and has a 750 horsepower engine.

LeTourneauL-2350 is the biggest surface mining loader in the world. It somewhat resembles a two-story house with big teeth and mighty strength.

They built it in Texas where people know how to enjoy their work. There is a huge team of people making these machines.

It takes approximately 16 weeks to finish one of these. Just imagine, each tire weighs 7.5 tons! Which makes it 30 tons of rubber on a single car. To change a tire, a forklift and a crane is required.

Transportation is not an easy task as well because this thing weighs 240 tons. So, to move it from one place to another you’d have to take it apart.

The body is divided in half, all tires, the scoop, and lifting elements are detachable. All the separate parts are then loaded on 8 separate trucks that carry them to their destination.

The scoop is 24-foot-wide and 40 square meters deep. It’s a special kind of hydraulic system can raise 72 ton of payload. The operational weight is 260 tons.

Ever seen a Monster Motorbike from Hell? Here is one. It’s actually a kind of mixture between a car and a bike and it weighs 30 tons.

It’s got a Detroit Diesel engine inside. It is 30 feet long and 10 feet high. Monster Motorbike can smash regular cars easily. Like it’s a tank.

It’s interesting how it has a six-speed gearbox. It was created by a famous stuntman Ray Bauman and it took him 3 years.

Related: 10 Biggest Trucks in the World That Will Blow You Away

Here’s one from Micro magic Systems. This is a kind of Robo-spider tank kind of thing. It’s called Mantis and it’s got six paws, which makes it look like a spider. Instead of wheels, it has hydraulic levers.

And that’s why it’s not exactly fast – only 1 mile per hour, really slow. According to the creator, Matt Denton, their company called Mantis has been engaged with creating smaller spider-like machinery for quite some time now.

What’s cool is that it can lift and carry a person, which makes it one of a kind. The spider weighs 1.8 tons and is about 10 feet high.

It’s got a cabin, hydraulic, mechanical pads, and a 2.2-liter, 50 horsepower diesel motor. Mantis can be controlled in two ways – from the cabin and by remote control.

It can operate almost anywhere, on almost any type of surface. Also, they can install additional gear onto it, which will make it even more functional.

Matt says that the speed can perhaps be increased from 2 to 3 times. Developers say that perhaps sometime in the future the spider can be used in the military.

Also Read: Top 10 Most Expensive Things in the World

6. MiG Engines on a Tank Chassis

The world’s biggest fire engine. In fact, it’s so huge, it’s like a tank. It is a tank, actually. Only instead of firing missiles, it puts away fire.

They use this thing to deal with some really heavy situations. When there’s a massive fire, this buddy comes to the rescue.

Tank chassis allows it to come very close to the fire source. Its intricate fire extinguishing system does a really good job. There is a total of six nozzles to spray water.

Inside, the water accelerates by aids of special jet engines. Those engines make it move really fast. This storm of water and steam is very effective when it comes to difficult fire situations. Also, as you can see, this thing moves up and down.

Wubbo Superbusis a kind of supercar and it’s not a limo of some Arabian prince. It’s a high-speed intercity bus. It has 23 seats and 16 doors – 8 doors from each side, each door opens vertically and sort of looks like falcon’s wings.

It moves by aids of the electric engine on lithium polymer batteries that allow it to travel 130 miles. It can go as fast as 160 miles per hour.

According to developers, transportation will be carried out off-schedule, which means that the car will move only when there enough passengers.

All orders will be processed through the logistics control center. Right now, the Superbus only operates in UAE. You can take Wubbo to go get from Dubai to Abu Dhabi for example. It’s a very pricey vehicle by the way – 17 million dollars is a lot of money.

Trojan Armored Vehicle was developed back in the year 2000. It is based on a battle tank called Challenger 2. It is used to breach minefields as well as for many other tasks.

This thing can operate even on the battlefield. What’s also interesting is that it can be used for digging.

Here are a few things that it has: – a full-width knife mine plow, an in-tow demining charge that allows it to make passages in the minefields.

A big hydraulic excavator arm that can be used to excavate things, move obstacles, and deposit the fascine that the Trojan carries in the back.

And it also has a plow on the front that lets it clear mines, either detonating them on contact or pushing them out of the way to clear a safe channel for following vehicles.

Hydrema910 MCV is a pretty cool-looking Mine Clearing Vehicle. These types of cars can clear out huge areas because they are specially adapted for these purposes.

The disposal is carried out by means of special rotating chains. When those hit against the ground, they activate the mines hidden in the soil.

During the mine-clearing process, the hydrostatic system moves the mine roller in the direction opposite to the movement of the vehicle.

The demining process can be carried out by hand by means of a joystick or automatically through a computer system.

Hydrema has a metallic protective reflector as well as heavy chains that rotate at high speed to dig up and detonate mines. The mine roller consists of 72 chains.

In the end, some hammers rotate in either direction. If a chain gets damaged, it can be replaced easily. The reflector plate made of armored steel is placed at the back of the roller.

This allows for better defense from explosions and frags. The Hydrema 910 armored cabin protects the entire crew. It can also withstand 10 kg TNT explosions.

SR-N4 is definitely one of the most interesting-looking hovercraft types of vehicles out there. This fantastic thing can move both on land and water.

It gained huge popularity as soon as one of the British companies put it into operation. Even though it is quite massive, it can carry over 400 passengers and 60 cars.

It’s the biggest hovercraft in the world today. There are four stabe propellers on top of it. Those use the Proteus type of engine, the once they put in Rolls Royce.

Each separate engine activates a separate propeller. Together those burn tons of fuel in an hour. The average speed of this thing is 85 miles per hour. The hovercraft is 190 feet long and it can carry 555tonn.

And lastly, let’s check out the world’s first transparent car. This one was brought to us by a German company TRW. This car is made almost entirely out of glass.

That’s why you can see what it’s got under the hood all the time. Looks very cool and futuristic. You can really see everything.

From airbags to sensors to break and control systems, isn’t it cool? We can see seat belts, everything. There is one significant downside when it comes to driving a car like that.

As you probably have already guessed it’s the sun glare. Imagine driving this car outside on a very sunny day, it would be beaming so hard you won’t be able to see it.

Although it’s not really a problem because the car was never launched into mass production.

M3 Amphibious Rig is another member of the military machinery. Although it can be used for civil purposes just as well.

It’s a great piece of equipment when it comes to crossing rivers, ponds, and other water barriers. It’s got two aluminum pontoons, which increases its floatage.

So, do you guys have your favorite car? Definitely tell me what cars do you like.